Visit my other sites

© A. D. Joyce, 2014-2021. Unauthorized use and/or duplication of this material without express and written permission from this blog’s author and/or owner is strictly prohibited. Excerpts and links may be used, provided that full and clear credit is given to A.D. Joyce – poetry and the butterfly psyche with appropriate and specific direction to the original content.

It was a rough winter here in New Jersey. It even was tough on my potted plants. To be fair, these are older plants that had grown big, and probably should have been redistributed and repotted some time ago. There might have been an issue with how frequently I watered them, but we won’t get into that.

So I figured it was time to do something serious. Many of stems had grown long over the years but had lost a lot of the leaves. So I cut them off the main plant into shorter segments. 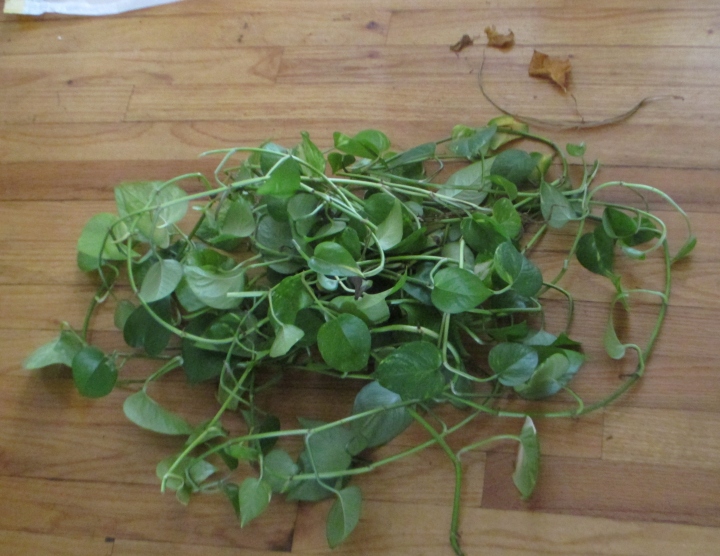 I put them in water so they can grow new roots.

I threw away the old roots, many of which were attached to nearly leafless stems, coiled in the dirt they had been feeding off for years.

I’m waiting for the new roots to grow.